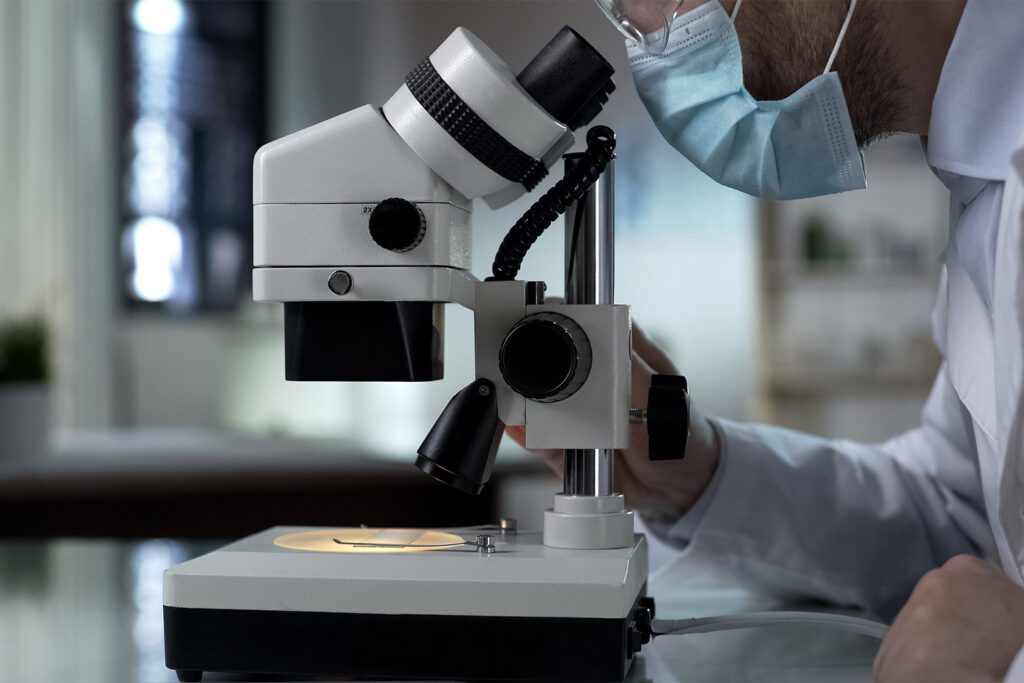 Bioscience News That Has Changed The World

Bioscience encompasses all we understand about life around us, from plants to animals and the human race.

As time has marched on, so has our knowledge of biology and our ability to form conclusions about the inner workings of cells and organisms. This can be credited to the advancement of technology and growing understanding of how its application can be helpful for further discoveries.

Throughout history, revelations in the bioscience realm have gotten us where we are today. At this point, we can identify particular genomes and even duplicate functional genes synthetically in the lab.

These are monumental leaps from our understanding of DNA just a few decades ago. Here is a comprehensive timeline of different bioscience discoveries that influenced the world as we know it.

In 1665, scientist Robert Hooke first invented and named the “cell” as he discovered chamber-like components in a piece of cork that he placed under the compound microscope that he developed. Shortly thereafter, Antonie van Leeuwenhoek developed a more advanced microscope that allowed him to view actual living bacterial cells.

These cells were recognized as the smallest components of life, and it was determined that some individual cells could live on their own. The inner structures such as the mitochondria and reticulum were further studied for function and purpose as technology continued to advance, allowing them to zoom closer and closer into the cells.

Where Do Cells Come From?

Scientists initially believed that, like fruited plants, cells contained “seeds” that would develop into other cells once they were deposited outside the host cell. However, in the middle of the 19th century, cells were determined to come only from other living cells.

Today we understand that existing cells replicate their individual coding data and divide in a process called mitosis.

The coding data found inside our cells is called deoxyribonucleic acid, better known as DNA. This is a protein located inside the nuclei of all cells and was originally found in the 1880s upon the discovery of the chromosome by Walter Sutton and Theodor Boveri.

However, it was not until a short while later that two scientists named James Watson and Francis Crick observed and understood the structure of DNA strands, confirming that genetics and DNA were interlinked with heredity and explained why family members shared certain characteristics.

Flash forward to nearly a century later, in 1984, a genetics professor in England discovered the individualized nature of the sequence patterns on DNA. It was soon realized that each person has completely unique DNA sequences, and in 1986, forensic scientists used this discovery to convict the first murderer using DNA technology.

Since then, DNA matching has proven to be helpful in matching individuals to crime scenes, assisting forensic teams in developing suspect lists and profiles.

Today we are able to utilize what we know about biology in a multitude of ways. Biotechnology allows us to utilize components within our cells and derive preservatives for crops. Medical doctors are able to predict the likelihood of disorders among fetuses while they are still inside the womb.

Chemical compounds are developed for pesticides that pose minimal risk for consumers—researching the process of photosynthesis taught us how to use sunlight to produce energy, allowing us to use more sustainable forms of power.

Understanding what is going on in the simplest form of life has allowed us to make these incredible advancements today.

One of the newest forms of bioscience is genetic medicine. While it has been researched for quite some time, some applications were once solely theoretical since we lacked the technology necessary for trial.

As these technologies have advanced so rapidly, even in the past decades, we have been able to utilize bioscience in the medical industry in astronomical ways.

When we hear a disease process or chronic illness labeled as genetic, we understand it has been passed down from that individual’s mom or dad. With our understanding of genetics, doctors may be able to tell if someone is at a higher risk of developing diseases before they even happen.

Breast cancer, for example, is marked by mutated BRCA1 and BRCA2. Women and men who have this gene pattern are at a higher risk of developing breast cancer.

As a result, some women who get proactive genetic screenings positive for this gene may opt to have mastectomy surgeries or remove their breast tissue before ever being diagnosed with cancer.

Imagine a world where every genetically linked illness can be predicted or prevented with genetic screening. Heart disease, cystic fibrosis, Huntington’s, sickle cell anemia — all could begin preventative lifestyle changes or treatment plans before the onset of symptoms or impact on daily activities.

Furthermore, if we can tailor treatments and medications more precisely to each individual and their genome, imagine how much more effective treatment would be.

Even gene therapy and stem cell research have led to therapies that may replace sick or damaged cells with healthy functioning ones, providing natural and effective treatment for diseases that were once thought to be untreatable.

Aging is another gene-driven process that bioscience has discovered and revolutionized. Thanks to biological studies, there is big news behind how we age and what we can do to prevent it.

The result could be to add numbers to our age and inhibit aging that becomes a risk factor for several diseases, ultimately leading to more meaningful, healthful years.

Gene infusion therapy introduces additional copies of this gene into the bloodstream posing the risk of permanently altering or mutating the genome over time.

Slowing the aging process may decrease or postpone the prevalence of many age-related disorders, such as neurodegenerative disorders like Parkinson’s and Alzheimer’s disease.

Cardiovascular diseases that may lead to heart attack and stroke are also primarily age-related and could be potentially prevented in the absence of aging.

The applications of biosciences and biotechnology have been extensive thus far.

While its place in genetic and medical intervention is continuously evolving and growing, the consistent research and developments made every day yield a bright and promising future.

History of the Cell: Discovering the Cell | National Geographic