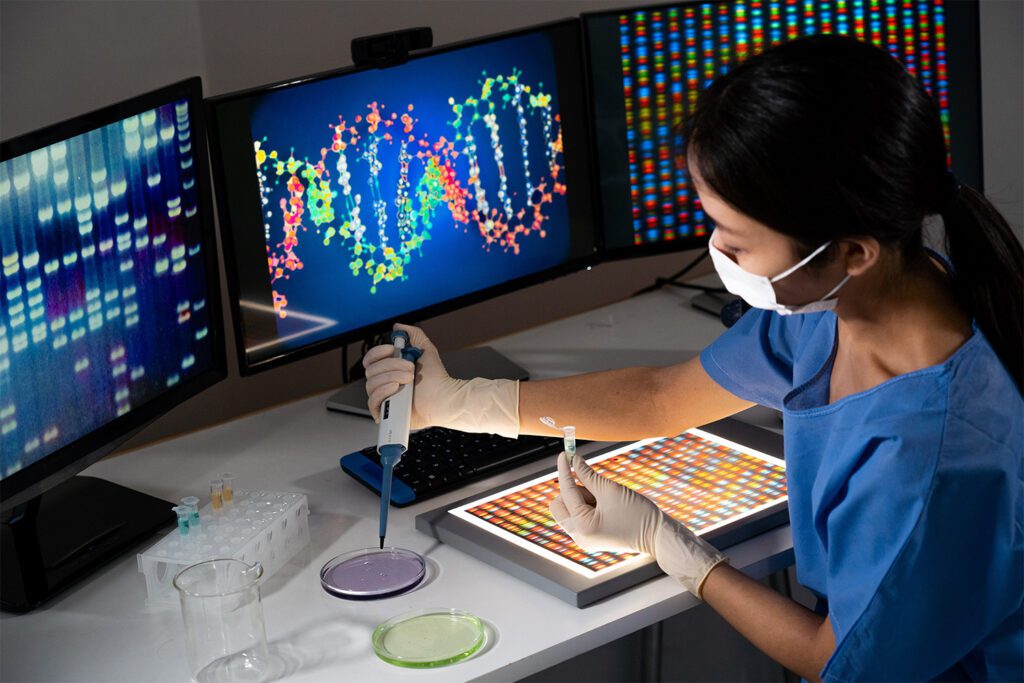 Illness and chronic disease impact thousands of people every day. Many diseases are caused by genetic mutations, faulty genes, or cellular disruptions like cancer cells or tumor cells. For example, sickle cell anemia is a genetic disease caused by gene mutations that alter the shape of red blood cells to make it hard for them to carry oxygen and nutrients to various parts of the body.

This disease and several other chronic genetic illnesses, like cystic fibrosis, hemophilia, and certain types of cancer, have been deemed untreatable and unpreventable for centuries.

However, with the advancement of biotechnology and our understanding of how defective genes influence the pathologies of our bodies, we are now exploring the possibility of treating and even preventing chronic illness with gene therapy.

How does Gene Therapy Work?

Genes are the coding materials that determine everything about us. They are essentially a blueprint that tells our proteins how to be built. If these genes have any mutations or faulty codes, they can be translated as defects or diseases.

With years of genetic research, scientists have been able to determine some specific genes that are linked to certain diseases. For example, the presence of the BRCA1 and BRCA2 genes has been linked to a heightened risk of breast cancer diagnoses.

Additionally, the SIRT6 gene has been discovered to be in charge of age regulation.

The process of gene therapy is monitored by the National Institutes of Health. It consists of the insertion or infusion of genetic material, such as stem cells, into the genome to replace partially or completely mutated genes or deleted entirely, thus inactivating the defects.

In other words, broken cells could be replaced with a healthy copy of the gene. Scientists can introduce genetic material directly into target cells to have this effect. A viral vector is how these new genes are transported into the cell.

For example, viruses can alter genetic material as the virus penetrates the cell wall and makes copies as the cells divide. The virus is considered the vector by which the new genetic material enters the cell. While the safest process to introduce healthy genes into cells is still being researched, it may be a technology seen within the near future.

Genflow Biosciences is exploring a method of gene transfer by which additional SIRT6 genes are implemented into the bloodstream via injection or infusion without introducing them directly into the carrier cells.

This may prevent the occurrence of a permanent gene mutation that could potentially be harmful. As mentioned before, this gene is a moderator of how quickly we age. Introducing more of the functional version of this gene could ultimately slow up the aging process.

Furthermore, this same company is attempting to combat Werner’s Syndrome with a similar method. This is a rare genetic disorder in which the individual has a normal growth pattern until puberty, and then their aging pattern rapidly speeds up. This even puts individuals with Werner’s

This disorder is inherited when both parents contribute the recessive mutant gene, which is then expressed in the child. Life expectancy among individuals with Werner’s Syndrome is roughly 40 to 50 years old, and no known treatments are available besides treatment of any symptoms associated with the disorder.

Under the orphan drug criteria, Genflow is conducting clinical trials for individuals diagnosed with Werner’s Syndrome. The orphan drug designation is reserved for drugs and medicine that are being produced for such rare conditions that profits are unlikely to be made by pharmaceutical companies so that they can seek government funding for trials and production. These trials will be the first human trial of this kind for this condition.

Gene therapy can raise many moral questions and concerns. Are we attempting to “play God” by altering the genes in our bodies? How can we be sure trials with human subjects are safe? The research that must take place prior to these kinds of trials is extensive. Testing is often performed on animals of similar genetic makeup prior to human testing.

Furthermore, Genflow’s ethical beliefs point out that gene therapy that can slow aging ultimately releases a burden on society and those affected by age-related diseases. The long-term benefits for individuals and society are not to add years of struggling and poor health, but rather to expand healthy and fruitful life.

How Could Gene Therapy Help You?

Gene therapy may have an array of uses for human and animal treatments. For example, extra copies of a variant of the SIRT6 gene are found in living beings who live to be over 100 years old.

This variant is included in the GF-1002 intravenous therapy, and a different variant labeled GF-4001 is a different version found in and compatible with canines. These therapies are thought to be useful to slow the process of aging.

Additionally, stem cell therapy is another form of gene therapy that may have exponential health benefits by introducing healthy stem cells that can be divided to form various types of cells. This can aid the body in replacing damaged cells with new, healthy cells using natural division of the infused cells and replication of their functional DNA.

Stem cell therapy is still being heavily researched and has not been largely approved for use by the FDA in the United States. Only one procedure can be currently practiced and is used for blood disorders such as acute lymphoblastic leukemia and sickle cell anemia.

While using stem cell therapy similar to the concept of “cloning” is illegal in the UK, embryonic stem cell research is permissible if both biological parents of the embryo give permission.

Scientists continue to study the potential of both embryonic and adult stem cells to treat conditions such as heart failure, where cells are injected into heart muscle tissue. They could also be injected into the bone marrow to aid the body in producing healthy blood cells.

While gene therapy may have a way to go before it hits FDA approval and your local hospital, its advancements towards it becoming a reality have been monumental over the last 40 years.

When we have developed an understanding of DNA and RNA and made these advancements in the development of treatment technology and drug administration, we can see that the speed at which these therapies may become commonplace may be faster than we initially thought.

In a world where aging is a treatable pathology, breast cancer is detected and treated before it reaches metastasis every time, and heart failure does not pose a five-year limit on life. It could become a reality before we know it.

Stem cells: What they are and what they do | Mayo Clinic

PrevPreviousWhat Is Biotechnology & What Is It Used For?
NextGenflow in the Top 50 innovator companies worldwide for 2022Next 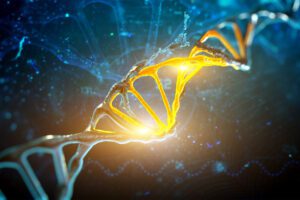