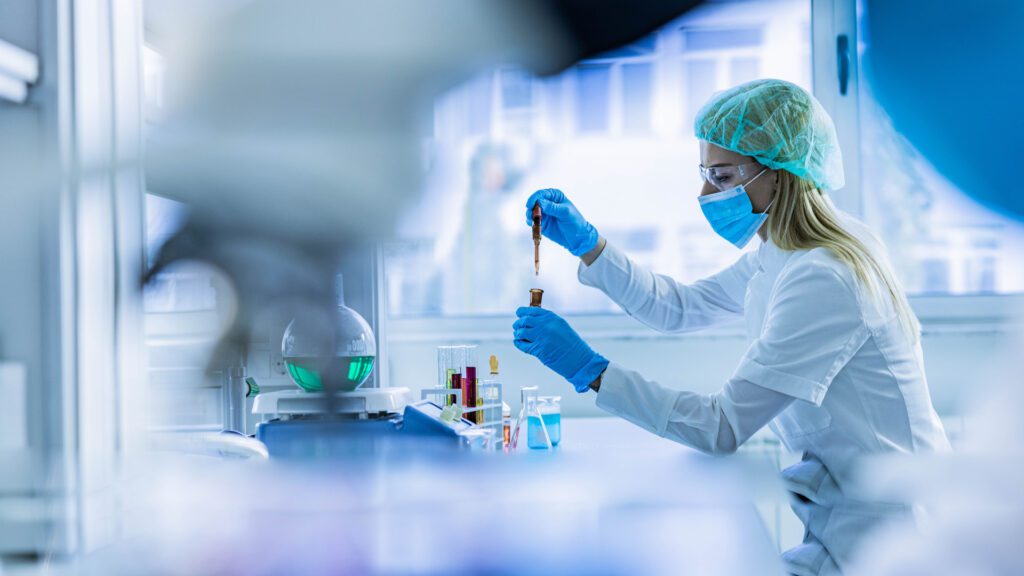 What sounds like the holy grail of medicine is the most serious goal of a young biotech company from Gosselies’ BioPark, GenFlow Biosciences. This small company, one of the last to have emerged in the carolo pole of life sciences, has embarked on the development of therapies to counter the effects of aging and diseases associated with old age. Its creators are showing ambition as they are planning a clinical study on humans in the next two to three years and above all, have just launched a procedure for a listing on the London Stock Exchange.

“The idea is to keep people healthy for as long as possible, not to live as long as possible” enthuses Eric Leire, co-founder and CEO of the company. This medical immunologist has managed several biotechnology companies and participated in the development of the first treatments against AIDS. After moving into immuno-oncology, he then became interested in the biology of aging “We’re talking about being able to live to be 130 years old. But that’s not our main goal. It wouldn’t make sense if it was to add 30 miserable years to your life. We want to add years, while living in very good health. It’s possible “.

If Eric Leire is so assertive, it is because two things have changed the situation in recent years. The first is a better understanding of the biology of aging, which we can now act on. “In 2012, the 9 main criteria that lead to aging were highlighted, such as senescent cells, mitochondria which function less well, telomeres, epigenetic problems …” Many companies have decided to specialize on one of these factors in particular. Problem, this necessarily limits the effectiveness. “At GenFlow”, adds Eric Leire, we want to act on several of these criteria. This is possible thanks to a gene dedicated to repair called sirtuin 6 (SIRT6), this acts on several of the 9 criteria, those which are considered to be the four primary markers ”.

The second factor that paves the way for treatments to fight aging is progress in gene therapy. Very expensive and imprecise at the beginning, these are becoming much more accessible. This is also what played in the decision of the founders of GenFlow to set up the company in Gosselies, where there are no less than three groups -Catalent, Thermo Fisher and Exothera- specialized in the supply of gene and cellular material.

“By combining these two factors, we have developed gene therapy tools that make it possible to deliver additional copies of the sirtuin 6 gene, without integrating them into the chromosomes. This removes the ethical constraints and the problems of mutagenesis. This gene is not passed on to offspring. This at prices which remain very affordable and with a very good safety profile ”. Another progress that has allowed GenFlow to embark on this adventure: the contribution of “big data”, which makes it possible to measure biological age with precision.

Concretely, the CEO says he is capable of producing, within ten years, a standard treatment in the form of intravenous infusion, without hospitalization, which would give a “boost” for 4 or 5 years. According to Eric Leire, the proof of concept has already been established. A first clinical study in humans should be able to be launched in two to three years. But there are still some obstacles: for now, regulatory agencies (FDA, EMA …) do not register drugs specifically dedicated to aging, which they do not consider a disease. “There are around 170 companies around the world developing therapies for aging, very few of which use gene therapies. But none does so by specifically mentioning aging as an indication. They target type 2 diabetes, Alzheimer’s … “

This is the same strategy that GenFlow will follow, which should test its product, specifically targeting progeria, more specifically Werner Syndrome, a disease of early aging. “It will be a gateway to a real indication of aging. It is believed that it will have an evolution and that some agencies will soon accept aging as indications “.

According to the CEO, while the US is already doing a lot of work on these issues of slowing aging, Europe should also take an interest in view of its declining demographics and the ever increasing number of elderly people. “We must have older people who contribute to society, this is an economic and social imperative,” concludes Eric Leire.

NextHow Long Can We Live?Next